CELEBRATION OF THE ANNIVERSARY OF NTB
December 31, 2022 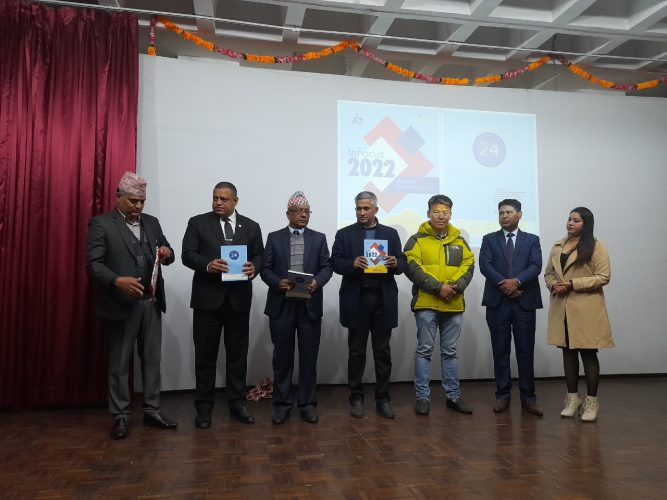 Nepal Tourism Board (NTB) completed its 24 years of operation. A program was organized in Kathmandu to mark the 24th anniversary on 31 st December 2022. Secretary of the Ministry of Culture, Tourism and Civil Aviation and Chairman of the NTB, Mr. Suresh Adhikari, opinioned that a new strategy was needed for tourism promotion in the changing global environment.
On the occasion of the anniversary, the Nepal Association of Tour &amp; Travel Agents (NATTA), Hotel Association Nepal (HAN), Trekking Agencies Association of Nepal (TAAN), Nepal Mountaineering Association (NMA), Nepal Association of Rafting Agencies (NARA), Nepal India Chamber of Commerce and other organizations were honored who contributed institutionally to revive tourism in Nepal. Similarly, IPP Mr. Achyut Guragain and the President of NATTA Banke Chapter Mr. Shreeram Sigdel received special acknowledgment for their contribution to tourism. At the ceremony, certificates were distributed to the employees working in NTB as excellent employees, and prizes and certificates were distributed to the winners of various games organized to mark the anniversary. Similarly, Infocus 2022 was released at the event which is published by the board every year. NATTA congratulates NTB for its successful completion of 24 years and looks forward to yet more fruitful collaborations in the development of the tourism industry.