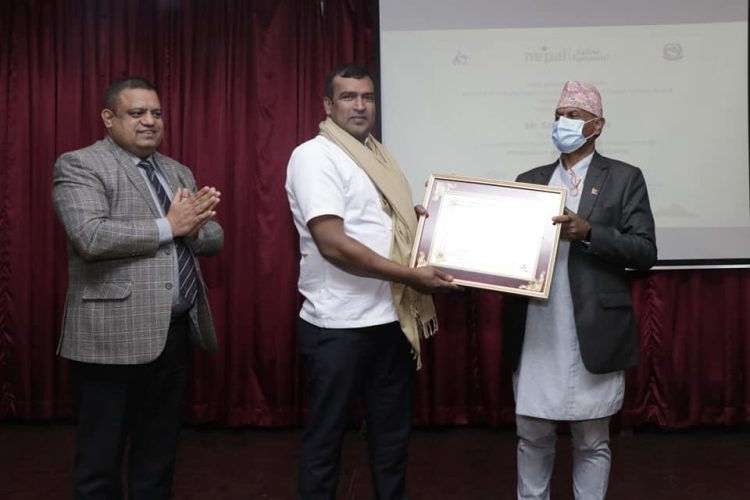 Also, on 2nd March 2021, Secretary of the Ministry of Culture, Tourism and Civil Aviation and Chairman of NTB Mr. Yadav Prasad Koirala appreciated and felicitated celebrity Chef Mr. Santosh Shah at the program organized by Nepal Tourism Board in promoting the authentic cuisines of Nepal via the popular culinary show, introducing Nepal as a destination for gastronomy tourism in the international arena.