INTERACTION SESSION BY NTB FOR REVIVAL OF TOURISM
April 12, 2021 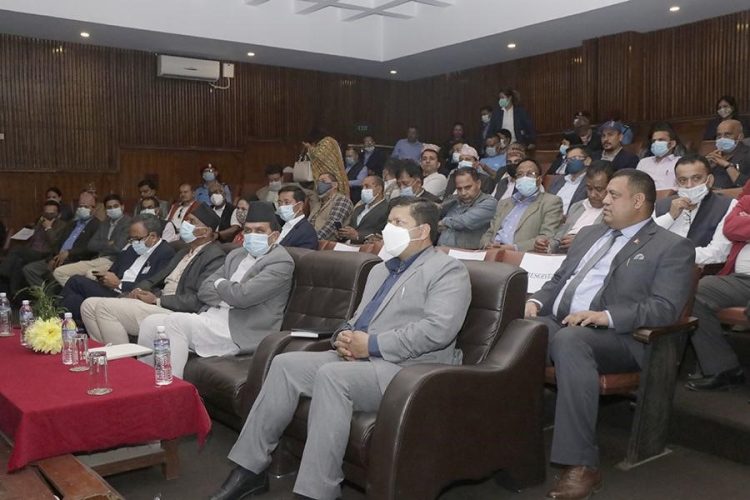 Nepal Tourism Board (NTB) on 12th April 2021 organized an Interaction Session with tourism stakeholders on the steps to be taken for the revival and promotion of tourism and future policies. On the session, Hon’ble Minister for Culture, Tourism and Civil Aviation Mr. Bhanubhakta Dhakal informed stakeholders about his discussion with the Prime Minister to manage the budget for the revival of tourism despite many limitations in the budget formulation.

During the interaction, a member of the National Planning Commission Dr. Rameshwor Phuyal urged the private sector to focus on human resource development along with infrastructure development.

Secretary at the Ministry of Tourism, Mr. Yadav Prasad Koirala, assured that the ministry would make every effort for the necessary budget for the revival and promotion of tourism in the coming budget.

CEO of NTB, Dr. Dhananjay Regmi said that inter-agency coordination and budget is needed from policy reforms to make tourism viable. Stating that the board has put forward separate plans for the promotion of tourism in the mountains, hills and terai of Nepal, he said that the government should help the private sector by facilitating the policy.

Tourism entrepreneurs also urged that the government should make provision in the new budget to provide relief to the entrepreneurs on the interaction.