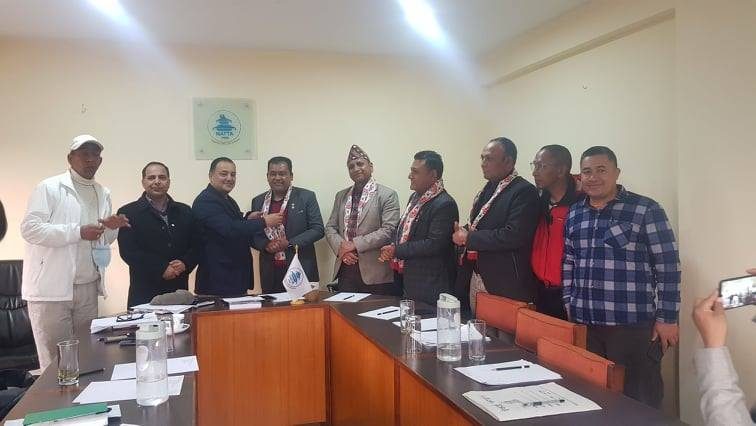 NATTA Central had a virtual meeting with President of all NATTA Provinces on 20th January 2021. There was a discussion on having suggestions for the role of the Provinces in local tourism promotion. Role of NATTA in Provinces had been active since prior days. But the impact of COVID on tourism has affected in all places. Domestic Tourism Promotion has been one of the keys as of now for the revival of tourism. In this case, to have an active involvement by the Provinces, the role and the planning of programs were discussed for the domestic promotions.

The interaction was also held on establishing NATTA Province 2 and NATTA Province 6, Karnali and prepare for an ad-hoc committee regarding it. Likewise, some of the suggestions for the amendment of NATTA Central Statute were also discussed in the meeting.

The meeting was continued on 29th January 2021 with the presence of all President of Provinces and NATTA Executives at NATTA Secretariat.