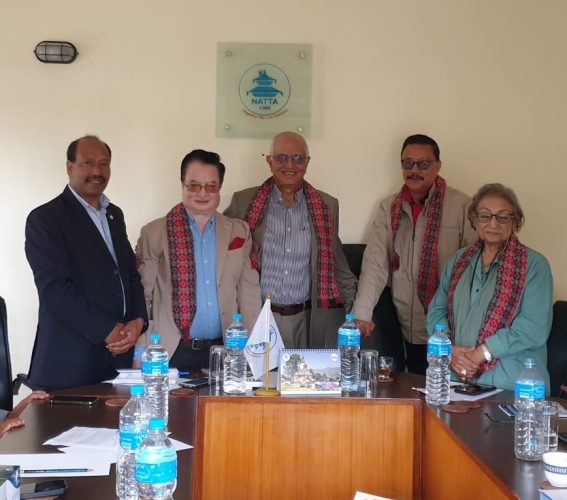 A NATTA Past Presidents Council (CNPP) meeting was held on 29th June 2022 in the NATTA Secretariat chaired by the then Convener of CNPP, Mr. RR Pandey.

In the meeting, it was decided on introducing the PPC working procedure to make the CNPP more functional and effective in further strengthening the scope of NATTA.

The meeting has unanimously decided to appoint Mr. RM Singh Pradhan as the Convener and Ms. Ambica Shrestha as the Council of NATTA Past Presidents (CNPP) for the years 2022-2024. The outgoing PPC Convener welcomed the new Convener and Co-Convener whereas the new PPC Convener congratulated the out-going Convener and Co-convener for their successful and trail-blazing working tenure.