PARTICIPATION IN SERIES OF AGM OF THE TRADE
April 10, 2021 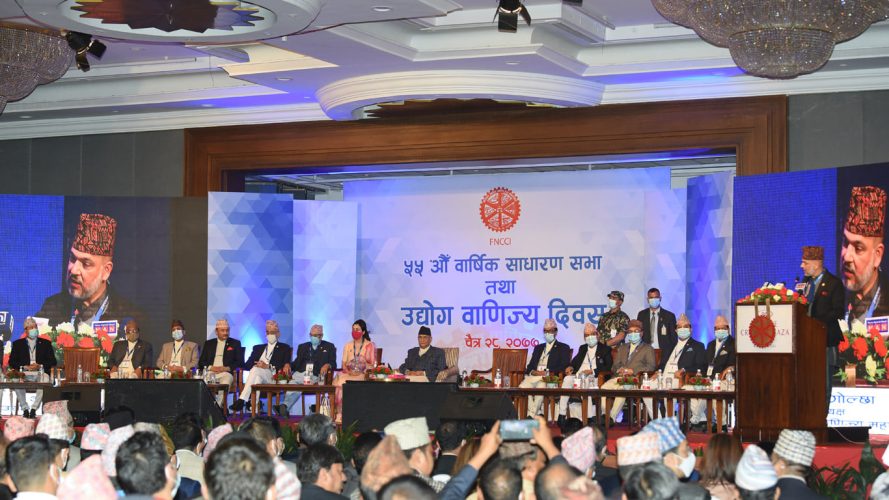 AGM of Federation of Nepalese Chambers of Commerce & Industry Past Presidents and Executives of FNCCI, Government Officials, Members of the association, Media Personnel were present in the 2 day long event. A Panel discussion was organized after the inauguration with the

presence of Government officials and FNCCI Executives discussing especially the Economic Transformation and the accessibilities on the Labor, Employment and Social Security.

On the close session, representing  NATTA and the tourism sector, President, Mr. Achyut Guragain speaking at the session urged FNCCI to focus on tourism economic improvement by launching the programs and pressing government that would support the industrialists of the sector.

NATTA and other tourism related delegations had their participation in the event.

AGM of Nepal Chamber of Commerce

The 70th Annual General Meeting of the Nepal Chamber of Commerce (NCC) was organized at Soaltee Crowne Plaza on April 8th, 2021. The event was inaugurated by Hon’ble Prime Minister Mr. KP Sharma Oli and also released a Commemorative Coin and Souvenir marking the 70th Anniversary of NCC. Likewise, different trade entrepreneurs were awarded Appreciations who contributed to the industry from their different aspects.

Meanwhile, Mr. Rajendra Malla has been unanimously elected as a new President of NCC at its 70th AGM along with several Executive Members.

NATTA Former Past President Mr. Arjun Sharma has been elected as one of the members on behalf of the Commodity Association and also appointed as Chairperson for the Tourism Coordination Committee.